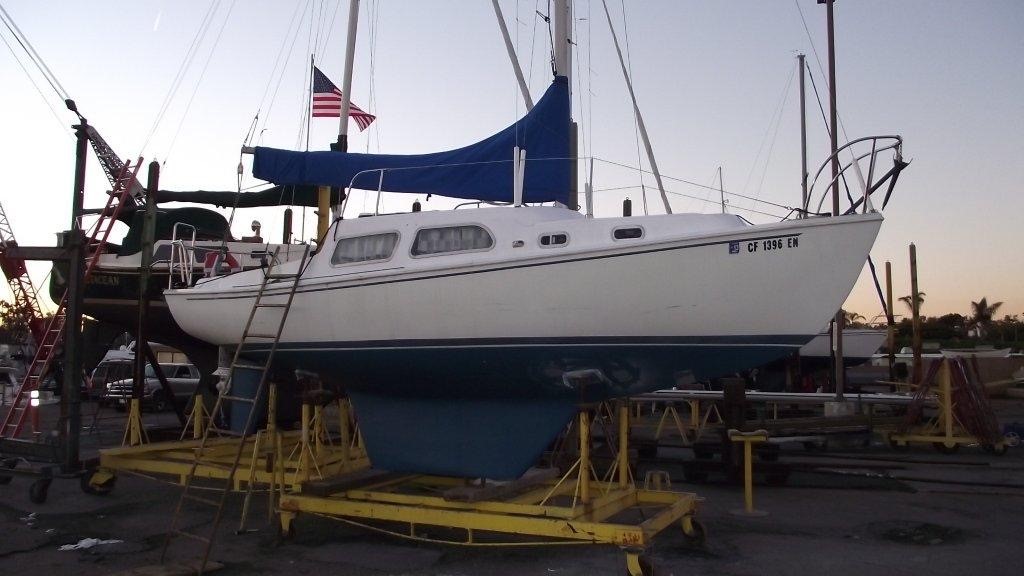 Due to some environmental concerns regarding copper levels in the water inside marinas and harbors, some bottom paints have found themselves in the environmental cross hairs.

In 2003 the EPA issued a water quality study that noted that high concentrations of copper impact some marine growth.  The study suggested a concentration level below which marine growth impact was minimal.   The various water quality bureaus eventually started to test their own harbors, and finding some areas that exceed the recommended maximum, started copper reduction programs.

In 2016 the EPA issued a much more detailed study of copper’s impact across the whole spectrum of marine organisms. While noting that most marine organism show copper impacts only at very high concentrations, some of the organisms at the base of the marine food chain are very sensitive.  The study proposed a much lower concentration limit.  The various water quality bureaus have yet to react to the proposed new standard.

So is my favorite bottom paint going to disappear? Not yet!

In 2015 California Department of Pesticide Regulation mandated a reduced copper leach rate.  Last year, paint manufacturers responded by reformulating their brands.  Your new bottom doesn’t have your old favorite paint, but it does meet the reduced leach rate.

Unless you’re in Marina Del Rey or Shelter Island Harbor you are probably going to be able to use your reduced leach rate paint for years.  Bureaucrats controlling those waters are still focused on reducing the copper load in those marinas.  They are focused now on limiting bottom cleaning.  Each cleaning removes a lot of copper laden paint and adds a lot of copper to the local waters. These two harbors have also tried non copper bottom paints, with limited success.

The State of Washington wanted to eliminate copper bottom paint by 2017.  Since no alternatives appeared, that was changed to 2021.  Last fall, the Washington State Department of Ecology warned that alternatives to copper presented their own environmental risks.  Washington State is considering moving the cut off date to 2025.

The rush to eliminate copper in bottom paints has slowed for now.  After years of wishing for an alternative to copper bottom paints, none have appeared.  So the next best step, is to slow the rate that copper leaches from your bottom paint into the marina waters.

Port of San Diego –   EZ to use and find out the hot spots in Shelter Island,  what they’ve learned and what they are doing: https://www.portofsandiego.org/environment/environmental-protection/copper-reduction-program

Practical Sailor –  April 2020 issue includes an update on bottom paints including which non copper paints they recommend.  You’ll have to subscribe.

Want the details from the EPA:   https://archive.epa.gov/epa/wqc/2016-draft-estuarinemarine-copper-aquatic-life-ambient-water-quality-criteria.html